From Payola to Blogola to Pandola?

Montgomery and Moe showed that it would be efficient for labels to pay for airplay (Montgomery & Moe, 2002). This is not surprising given the impact airplay can have on sales, at least in the old music industry (Dertouzos, 2008). However, direct undisclosed payments to influence radio programming (called Payola, a combination of pay and Victrola) are prohibited by law. Hence, labels developed strategies to circumvent the law by using independent promoters or naming payments “consultant fees”.

The bottom line is, there will always be efforts in whatever form to get exposure through a promotion channel if it could increase profits or benefit an artist’s career. This principle prevails, as for instance in form of Last.fm’s Powerplay or Jango’s Airplay program, where artists can simply pay for plays. Or Blogola, where influential bloggers receive anything from free products, to tickets and money in return for featuring a specific artist on their blog.

Today, DJs are replaced by recommendation systems. So the question is: who to pay? I doubt the recommendation algorithm is up for free tickets, money, coke and girls …

What I don’t doubt is that some kind of a recommendation engine optimization strategy will evolve advising music creators how to produce and structure a song in order to maximize plays for a specific audience. Let me name it “Pandola” (Pandora + Payola = Pandola).

Sure it is not for every artist. There have been always two types of artists: The ones serving the crowds, and, on the other hand, the ones serving their own artistic egos. Obviously, Pandola would only be considered by the fist kind.

Would it be a bad thing?

Intuitively yes as it supposedly promotes a musical monoculture, where every song sounds the same. However, clever recommendation systems learn from consumers’ listening behaviors and incorporate feedback. For example, if the system presents 3 songs that are rather similar, I vote “thumps down” on the third song. Hopefully the algorithm learns and recommends songs that are slightly different.

Assuming the algorithm accurately knows my listening preferences (maybe I can switch between different modes, like curiosity and non-curiosity mode), then Pandola could be a good thing. For years, the music industry has been accused for its top-down approach, imposing tastes on consumers. Pandola, on the contrary, depicts a bottom-up approach, where consumers shape the music. 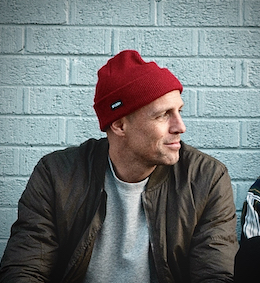